The Thoughts of Papa Dave 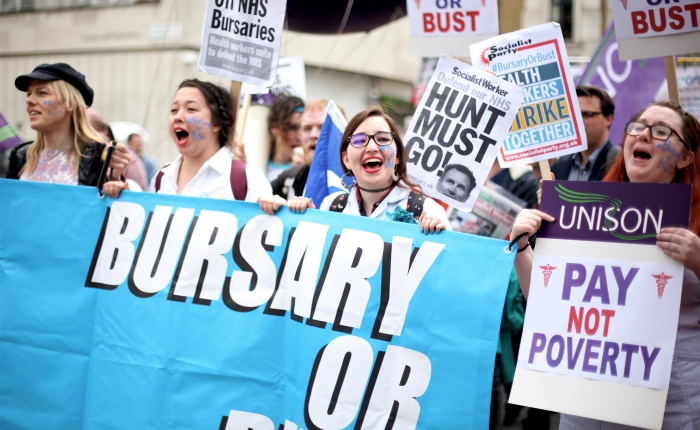 It is becoming increasingly impossible for the NHS to recruit and retain staff, particularly in the Thames Valley and South East of England, mostly due to the cost of housing, cost of living and six years of pay restraint. Oxford is now the most expensive city to live in, with Housing costing 11.5 times the average salary.

Prior to 2017, Nursing student places were paid for by NHS England; the number of places purchased was part of workforce planning within the NHS and would vary from year to year, but averaged 20,000 per annum. Despite this, the NHS is still short of 28,000 trained nurses. The Secretary of State for Health no longer has responsibility for workforce planning and the number of NHS staff (paramedics, radiographers, speech therapists, nurses etc.) trained will be dependant on those offered by the universities. Governments have previously not charged NHS students because they were seen as a public resource, and their vocation a benefit to society.
Student nurses work for 48 weeks a year (6 weeks more than other students), with most of that time on placement, gaining the practical skills they will need in the future. As of next year student nurses, studying at any of our English Universities for 3 years, will no longer be able to apply for bursaries to support them during their training; but will now have to pay £9000 a year in loans to the University, they will have to pay to work on placement (predicted to be £1000 per annum). Some will be able to get means-tested grants, but most will need to take out maintenance loans averaging £3000 a year. They will also be paying between 4.6% interest on all these loans. The new threshold for repaying student loans is now £21,000, meaning that a newly qualified nurse, who will earn a starting salary of £21,909, will immediately begin repayment.
Once having qualified and gained a job, with a take home salary of about £1,660 pm, nurses will be paying an average £1,035 in rent (forget about buying).
Nursing salaries, and those for other NHS workers, have stagnated since 2010 whilst the cost of living has significantly increased, meaning they are worth at least 15% less than they were. NHS Trusts cannot recruit and retain staff who cannot afford to live in expensive housing, and who move away to more affordable areas, or better paid jobs. This has to change.
Another issue which forces nurses to leave the profession is safe staffing. All nurses are bound by the NMC code which states that nurses ‘must promote safe and effective practice’ whilst they are often faced with working on wards, and in areas, where they are expected to routinely care for too many patients, with too high acuity (where the care is complicated and intensive). After the scandal at the Mid Staffordshire NHS Trust, where financial cuts had led to a severe reduction in clinical staff which led to a reduction in the standards of, and lack of care, leading to the unneccessary deaths of patients. The blame was laid at the feet of nurses, with little responsibility taken by the system. Lip service was paid by Jeremy Hunt, Secretary of State for Health, who required NICE (National Institute for Clinical Excellence) to investigate and report on setting National safe staffing levels. Though this was done, the report was unpublished and it’s recommendations ignored and buried. Nothing has changed as a result of the Mid Staff’s inquiry. NHS England have  now published a paper suggesting various tools for establishing and grading staffing levels, but have not made any recommendations. In my opinion the best tools are those  created by Dr Keith Hurst (found at keithhurst.research@yahoo.co.uk) which look at acuity, beside the number and qualifications/experience of staff.

The NHS is undergoing a sustained attack by this Health Secretary, fully endorsed by the Tory Government. After 6 years of underfunding (prior to 2010 the NHS budget was increased by 4-6% annually to keep pace with workload increase and inflation) for the first time ever the NHS reported a £2.6 billion deficit in 2016. Now the Sustainability and Transformation Plans (STPs) have divided England into 44 ‘footprints’ which are required to ensure cuts (called ‘efficiencies’) of  £22 billion nationwide. This will mean the loss of hundreds of beds and A&E departments as well as the downgrading and closure of hospitals and services. The NHS will no longer exist as we know it. 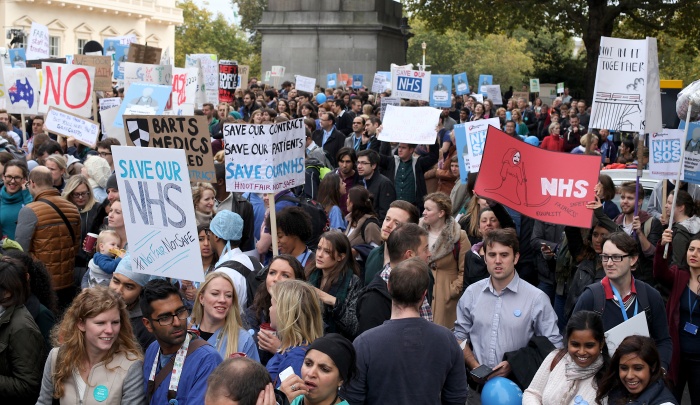 The #BursaryorBust campaign and the Junior Doctors’ fight to prevent the imposition of a new contract-though they have not, as yet, been successful-have shown that it is possible to mobilise and communicate the risks to the NHS. We must now join all NHS campaign groups, Trades Unions, and associated community groups to save the best Health Care Service in the world.

We must fight back and now!

www.vimeo.com/bolt/NHSWe must demand our vision for the NHS:

Support the National Day of Action for the NHS on the 26th November.

Join the national demonstration and rally on the 28th January 2017 against the imposition of STPs. 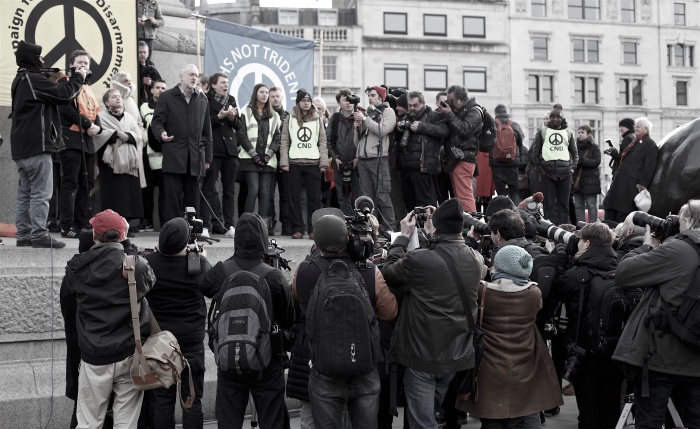